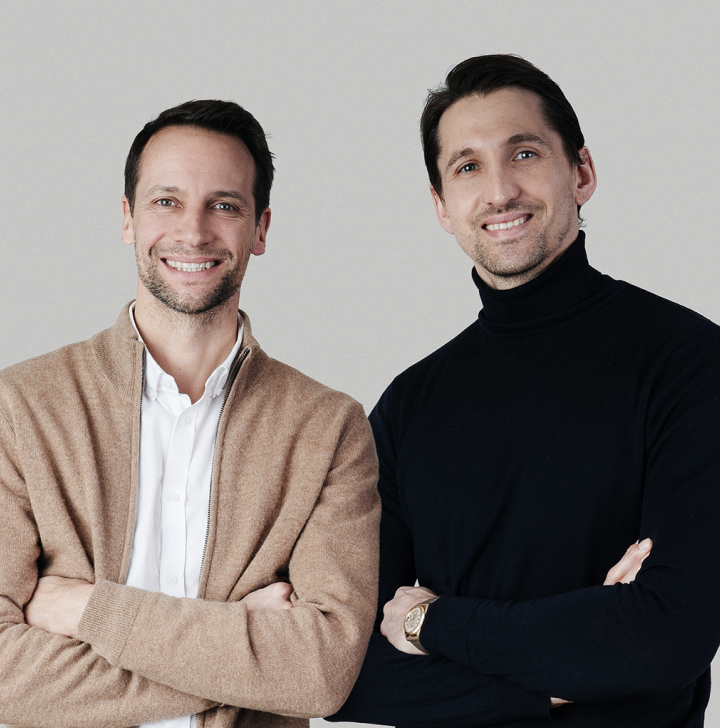 We sat down with Daniel Schollmeyer and René Adler, the Co-Founders of the new app turning heads in the soccer community. Daniel, an attorney and media specialist along with former German National Team keeper, René Adler have produced a match-making application that helps connect players/coaches with clubs and vice versa. From their website: “11TransFAIR is a startup of ex-players, lawyers and transfer experts who create opportunities that we ourselves as players and trusted people behind players would have liked to have had. The opportunities for star players, their advisors, top clubs as well as players who have slipped under the radar and clubs with tight financial corsets should expand the options in a fair, transparent and at the same time discreet way.”

We asked 11 questions to learn more about this new digitalized approach to the infamous transfer market. 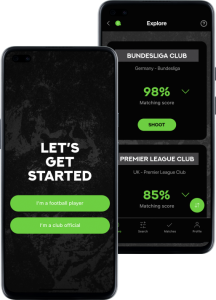 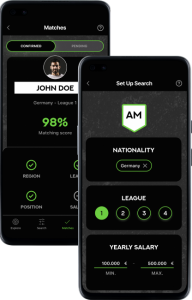 11TransFAIR is a matching platform for pro-players and clubs. It is supporting professional players (in Germany from league 1 to league 4) in finding and connecting new clubs (league 1 to 5 in Germany, currently 1 and 2 in Austria, Switzerland etc., 1 in the US, 1-3 in UK etc). Players and clubs are matched on sports data as well as HR (human recources) data like salary etc.

2. Your mission is #changethegame.. What problems did you see in today’s game that prompted the idea for this app and why did you decide to create it?

Our mission #changethegame means that we want to put professional players into the drivers seat and take responsibility for their own career. On 11TransFAIR they can find new clubs and directly link with or even sit on the table with the club officials. As Joshua Kimmich already said, many players need a lawyer, an agent or a family member at their side, but they should be part of their own “management team”, they should sit on the table and understand what they are doing. One step is to see their own market possibilities – find a club themselves. For the club it is a chance to connect directly to players, who also fit in their general salary expectations, regional wishes etc. in addition to required position, league level, statistics etc. This saves a lot of scouting time and makes them more independent from third parties.

We had the idea of the app, when René was still a Bundesliga and national team player, who always was reliant to third parties to propose new clubs for him. I (René) never really knew, which clubs in general were looking. In the end of my career I was considering playing abroad in a smaller football country just to gain other experiences etc., but I didn´t know, how to find such a position. We saw: “One can find houses, cars, generally jobs on digital platforms – that must work in football as well”. A couple of years later we found the time and chance to create 11TransFAIR.

3. How does 11Transfair give power to players and clubs to find a match?

11Transfair gives power to players and clubs because they can pro-actively choose, when and with whom to match on their own search criteria. The market is international and also goes into “exotic” football countries like e.g. Malaysia, India, Cyprus etc.. These markets can also be contacted on your own – as a club and as a pro player, whereas the foreign clubs are usually looking at league 1 and 2, when open for players from Germany.

4. You both have very interesting backgrounds, René you played in the Bundesliga as well as with the national team and Daniel you have an extensive background as a lawyer in the HR, media and sports fields. How do you feel your past and present work will help ensure the success and growth of 11Transfair?

With our backgrounds in the Bundesliga as well as with the national team and with an extensive background as a lawyer and entrepreneur in the HR, media and sports fields we encompass the main requirements for the transfer market. With Sascha, our “CTO”, we were able to find a high-end IT expert, who is our “product owner” and has an incredible team around him, developing the product further every day.

5. Can you insure anonymity for all involved?

Of course, anonymity is a major USP of 11TransFAIR. It´s no risk at all to join the platform because you stay anonymous to any other user as long as you like. You decide whether you want to “shoot” at a club search on an anonymous basis. Only if you press shoot at an anonymous club search and that club “shoots” at your anonymous profile (where only relevant facts, but no names whatsoever are seen), both sides will move out of anonymity and names will be revealed to each other.

6. Why is it important that clubs cannot see the concrete salary numbers a player puts?

7. How does 11Transfair create a matching score and what is the criteria based on?

Players and clubs are matched on sports data as well as HR (human resources) data like salary, region, years etc.. Statistics from the former season (or current season, if it has been played for a minimum of 2 months) are involved. Naturally, there are more stats data available in the 1. Bundesliga than in Regionalliga, but the data part is improving all the time.

8. Right now your website says that it’s available up until the 4th tier in Germany, where else can players/clubs access the app and are there plans to implement in the USA?

Clubs in Germany can register from 1. Bundesliga until Oberliga (tier 5). Players can only be from 1. Bundesliga until Regionalliga. In some countries it´s not going higher than the 3rd tier so far, and in other countries only the 1st tier. In the USA, MLS players can register and colleges will follow soon. The MLS in USA is a very interesting league and we are currently talking to several clubs, who are increasing their searches on 11TransFAIR this past November.

9. Can you update us on success rates?  Any success stories you’d like to tell?

We started with a MVP, a version with the minimal requirements of the app late during last transfer window. We wanted to gain experience and didn´t expect a lot of traffic. Against our expectations, the app was downloaded over 3500 times and generated many professional players and clubs from Germany and all over the world after just a couple of days. At the end, we looked at over 300 “shoots” and over 70 matches. We do not yet have the clear overview of transfer numbers. For sure, we are very happy with the result and expect a much higher traffic already for the upcoming winter transfer window, for which we have improved the technical part and increased the number of involved clubs in many more countries.

Of course. First of all, we are widening the matching chances on the app with daily growing numbers of clubs and players all over the world. Soon we will implement several services especially useful for professional football players. We are working on other very exciting gadgets, which will make the app a daily companion for pro-players. But we can´t talk too much at this point.

11. We are two players in the Regionalliga here in Germany, why should we use 11Transfair?

From our view any player from the Regionalliga (and higher), who is looking for a new club or at least wants to see his market chances, should – no, must registers on 11TransFAIR. Without pressing  “shoot” button, he stays anonymous and will see anonymized fitting club searches regionally unlimited. Thus, players widen chances and might find something, they haven´t even thought about. Even without a fit or match (which will come eventually), what would be the loss!? 3 minutes of your time with registering (incl. identification process)! Even as a national player I (René) would have used the app intensively, if I had it during my active time. I might have seen extra, interesting chances, which I could have approached on my own or together with my agent. For sure it wouldn´t have had any harm, only to help me learn more..